My teaching interests include American and British literature and culture from the nineteenth century to the present, transnational literature, poetry and poetics, composition, and the digital humanities.

I want students to enjoy my courses. By this I mean that I want them to think critically about texts, to find language exciting, and to find creativity inspiring. I design courses that enable students' engagement with literary, historical, and cultural contexts, so that the experience is one of immersion. My students become more creative thinkers and risk takers who are able to clearly articulate their ideas. 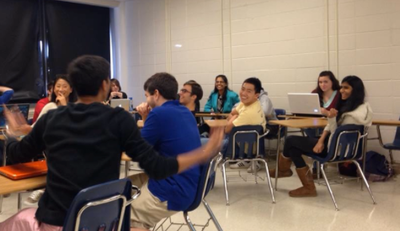 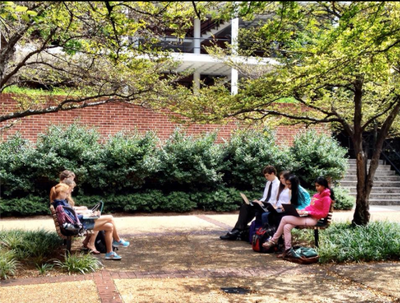 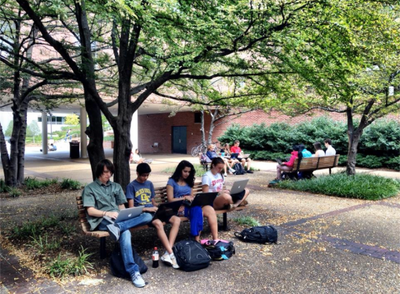 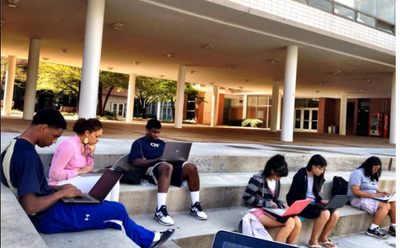 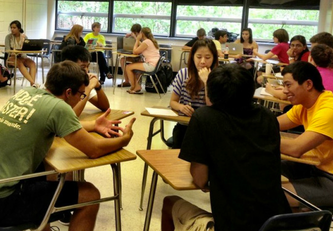 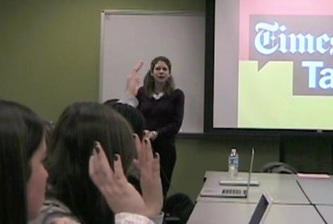 I have taught or will soon be teaching the following courses:

ICLT 330: Global Literature and Digital Media. Spring 2021 online, Spring 2020-2018 (hybrid/blended), Fall 2016 (in person as ICLT 300).
With technology as a focus, this course interprets the ways that global writers and artists approach such topics as identity, gender, war, the city, comics, and popular culture.

ICLT 311: Modernism: Lit and Culture Early Twentieth Century: “Global Digital Modernisms.” Spring 2017, Spring 2016. Course addressing the global dimensions of literature and culture during the first half of the twentieth century.

Composition
FCWR 101: Foundations of College Composition: “College in the Digital World.” Fall 2019-2017.
Analyzing representations of college life in nonfiction, fiction, film, and other forms of media.

​Georgia Tech 2012-2015
English 1102: “Victorian Technology and Art.” Spring 2015. Three sections of course examining technology, the arts, and literary expression in nineteenth century England and the British Empire. We will also consider the changing role of the city, the landscape, the gothic, industrialization, print culture, film adaptations, and digital archives.

English 1102: "Global Digital Modernisms." Fall 2014. Three sections of course addressing the global dimensions of literature and culture during the first half of the twentieth century. 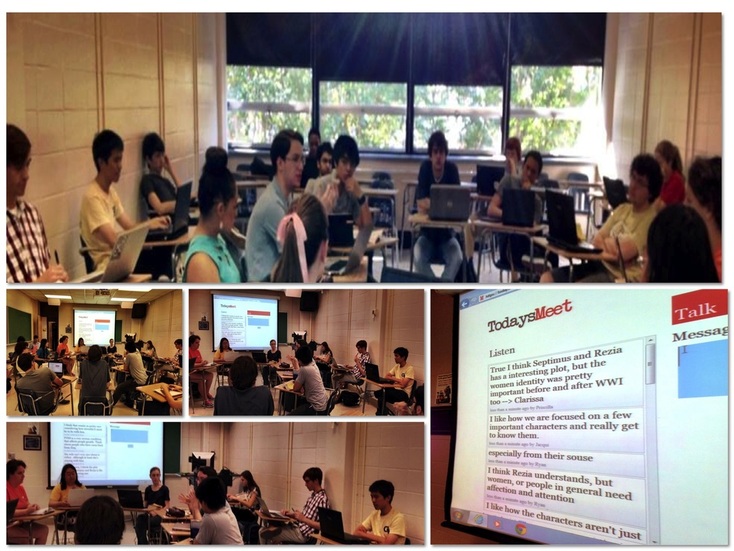 My Digital Woolf students at Georgia Tech having a fishbowl discussion of Mrs. Dalloway using the website TodaysMeet.